Earlier this week (28th June), new regulations were enacted as part of the Basel III Accords.

In short, physical or “allocated” gold and silver remains as a zero-risk Tier 1 asset whereas the tier 3 classification for “paper” bullion such as ETFs (exchange traded funds) has been scrapped.

This is expected to have major ramifications for central banks and financial institutions as they seek to adjust their holdings to abide by the new rulings. The Basel Committee on Banking Supervision (BCBS) was set up in 1974 by the central banking governors of the Group of Ten countries in order to maintain oversight of global banking standards. These principles are high-level but are non-binding. This means that members are not obliged to maintain standards but are certainly expected to.

In 1988, the BCBS recommended the implementation of minimum capital requirements for banks. Assets were classified and ranked according to their credit risk. For example, assets like cash, physical bullion and treasury bonds were given a zero-risk rating, AAA-rated mortgage-backed securities (MBS) were considered fairly low risk at a rate of 20%, with the riskiest assets like corporate debt given a 100% risk rating.

These recommendations were gradually implemented over time with over 100 countries coming to adopt the accords.

An intermediate Basel 1A was proposed which would have been more risk-sensitive than the original accord. This was dropped in order to allow the implementation of Basel II which was through a “three pillar” approach to banking regulation. These pillars focused on:

For some, the Global Financial Crisis (GFC) of 2007-2008 showed some of the flaws in the Basel Accords and that stricter regulation would be required. For others, Basel II, in part, exacerbated the crisis due to its micromanagement and bureaucracy.

The BCBS agreed on the new Basel III regulations in 2010, however, implementation has been delayed a number of times.

Existing risk management systems proved ineffective against unforeseen stresses like those seen in the GFC. The Basel Committee acknowledged these shortcomings but recognised that a lack of governance was also partly to blame.

The Net Stable Funding Ratio (NSFR) “aims to promote resilience over a longer time horizon by creating incentives for banks to fund their activities with more stable sources of funding on an ongoing basis.”

This NSFR is essentially, a liquidity requirement that banks must adhere to to cover their longer term, less liquid assets.

The NSFR is calculated using the proportion of an institution’s Available Stable Funding (ASF), which refers to its liabilities, and its Required Stable Funding (RSF) which is applied to its assets. The ratio between the ASF and RSF must always be over 100%, meaning all of their liabilities covered by their assets.

According to the London Bullion Market Association (LBMA), the problem lies in the classification of unallocated liabilities, like unallocated gold and silver are given an ASF ratio of 0%, while unallocated gold assets are only worth 85% of their market value. Unallocated metals, which are an essential form of liquidity, are in some respects devalued by the new rules.

What is the Likely Outcome of the New Basel III Rules?

This means banks will need to set aside more funding for unallocated gold and silver otherwise, or as some have suggested, the end of forwards and futures contracts for precious metals.

Unallocated gold, as Alasdair Macleod writes is “no more than book entries tied to the price of gold, and its origin and continued existence is entirely funded by the creation of bank credit.”

In a May 2021 article, Macleod points out that COMEX is currently short around $24 billion in gold futures contracts. As European banks will looking to have their short positions covered in the next 6 weeks, there will be considerable pressure for COMEX to fulfill these orders. UK banks will face similar rules when Basel III rules are enacted in January 2022.

The effects of the rulings on the physical market are also up for speculation. Physical bullion is still classed as a Tier 1 asset so little changes in this respect. It would most likely depend on if and how they reallocate their positions. It is believed by some that the paper gold markets have helped suppress the gold price through the expansion of contracts based on bank credit. If institutions shift out of paper gold and turn their attention to physical gold, this could mean a huge breakout in the gold price as the new demand meets supply. If, however, these institutions move out of gold entirely, a sharp price drop may also be possible.

While Europe, and soon the US have implemented the new regulations, the UK is expected to start from January 2022. Proposals for Basel IV, which is said to “complement” Basel III, were agreed in 2017 and are due to be implemented in 2023.

Economists from various schools have criticised the Basel reforms on grounds ranging from the regulators inability to spot the last financial crisis to the inadequacy of central banks’ stress tests. As John Carney wrote in 2013:

“Neither the bankers nor the regulators understand how our last financial crisis was engineered...Which makes it very hard to take seriously their claims that the new rules the regulation peddlers have pulled from their sack will do very much to create a more resilient financial system.”

The new rules will no doubt have some consequences on the gold markets and financial markets in general. What is unlikely, is that they will prevent any future crisis like the GFC. We are (hopefully) coming out of a yearlong lockdown, the full effects of which have yet to be seen. At best, Basel III may be a case of shutting the gate after the horse has bolted. In which case, it wouldn’t be surprising that after Basel IV we’ll see more reforms than Fast & Furious films.

Learn about Ben our Business Admin

Learn about Chris our Photographer/Content Editor

We have a lot to cover this month! The end of 2021 saw some massive coin releases, and news on loads of 2022 coins we can expect soon. We have all the details on no less than 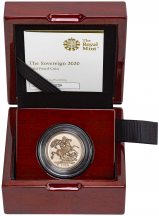 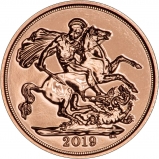