John's historical reputation is one of the poorest amongst any King or Queen of England. Known amongst his contemporaries as 'Softsword' and 'Lackland' for his lack of military prowess and land prior to his accession, he is perhaps best known in the popular imagination as the villain in the Robin Hood legend.

John was born in 1167 to Henry II and Eleanor of Aquitaine. He was their 8th child, and fourth surviving son (their first, William had died in infancy in 1156). John's elder brothers frequently rebelled against their father over the allocation of land within the Angevin Empire. Henry II tried to entrust the 10-year-old John with the Lordship of Ireland in 1177, however, once he had arrived in Ireland he, along with some of his similarly pre-pubescent friends, insulted the local nobles by laughing at their foreign clothes and tugging on their beards. This resulted in a defensive alliance against John, and an exasperated Henry II recalled him to England. John nevertheless retained the nominal title of Lord of Ireland.

As he grew up, John, he joined with the intrigue of his brothers, allying with and against his father and brothers. He allied himself with his brother Geoffrey against his eldest brother Richard in 1184 and invaded Aquitaine with the hope of seizing it from him. However, Richard was a much more experienced and astute military commander than either of his younger brothers, and John and Geoffrey were expelled.

In spite of the fact that John was his father's favourite son, he was unable to grant him any substantial land in his own right, owing largely to his elder brother's staunch resistance to having to any land granted to John at their expense. Eventually, much to his father's distress, he joined with his brothers in rebellion against him, in alliance with the King of France. When Henry II found out about this, he is said to have declared to his illegitimate son, that his legitimate sons (including John) where the 'real bastards'. Henry II died shortly afterwards in 1189, and John's elder brother Richard became King.

John in his Brother's Absence

As Richard looted and flogged off all he could of England to fund his crusade in the Holy Land, John was frustrated to learn that he would not be left in charge of Richard's lands in his absence, not altogether unsurprising, given the brothers' habit of treachery against each other. Instead, Richard left William Longchamp, Bishop of Ely as his regent in England. Once Richard had departed in 1190, John set about plotting to usurp William and ultimately, the Crown of England itself.

In 1191, John succeeded in driving the unpopular William Longchamp from England, and became defacto ruler of England. Soon afterwards, in 1192, Richard I was captured by the Austrians and held to ransom. Although John could not stop his mother raising the enormous ransom required to see Richard's release, he and Philip II, King of France (Richard's enemy and John's ally) tried to persuade Henry VI (the Holy Roman Emperor) to keep Richard in captivity, the emperor refused, and in 1194, Richard was released. John begged for Richard's forgiveness, and not only received it, but was made heir presumptive as well (displacing the 7 year old Arthur of Brittany, son of John's deceased elder brother Geoffrey).

Succession to the Throne and Early Reign 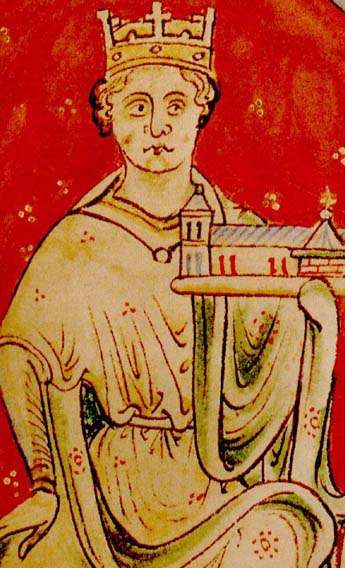 In 1199, Richard I died, and John succeeded to the throne as King John. John was recognised as King of England and Duke of Normandy, but the other Angevin realms of Anjou, Britanny and Maine refused to recognise John as their feudal overlord, preferring the previous heir apparent, Arthur of Britanny, John's nephew.

After a struggle lasting 4 years, forces loyal to John managed to capture Arthur, who disappeared and was presumably murdered on John's orders. Arthur's sister, Eleanor, who also had a superior claim to the throne, was imprisoned in Corfe Castle, where she was to remain for the rest of her life. Other than attempts to secure his place on the throne, John acquired a reputation for laziness. In 1200, John married the 12 year old Isabella of Angoulmene, and for some time afterwards, he was said to have been so enamoured with his child wife, that he neglected many of his royal duties by staying in bed until the afternoon. In 1204, Phillip invaded and occupied Normandy, but his attempts to repel the French attack on Normandy were said to have been half-hearted at best.

Nevertheless, the loss of Norman revenues persuaded John to impose heavy taxes upon the rest of his lands, including the very first income tax, something we are all used to now, but considered almost unthinkable back then. In the coming struggling with the barons, the issue of taxation, as with many future revolts, became one of the factors in provoking a rebellion against the government over which John presided.

There were of course other reasons for the Baronial revolt. John had already demonstrated his ruthlessness and cruelty with the mysterious disappearance of his young nephew and rival Arthur, when the wife of William de Brioze, an out of favour noble, openly accused the King of this crime, he had her and her son locked up and starved to death and forced William de Brioze himself to flee into exile. In addition, John managed to have England excommunicated between 1209 and 1213 over a dispute over who should become Archbishop of Canterbury. Although the interdict was eventually lifted, it was beginning to seem that John's rule was becoming reckless and endangering his subjects' very souls as well as their lives and livelihoods.

The final straw came when John tried to level yet more taxes to pay for his disastrous campaign in France. Many barons refused to pay, and the following year in 1215, the rebellious barons, led by Lord Robert Fitzwalter, gathered an army and marched on London. This rebel army, calling itself 'The Army of God' (possibly a reference to John's poor relationship with the church and the pope), compelled John to sign the famous Magna Carta or 'Great Charter' which attempted to bind the King to the law and limit his powers. In theory, this limited the powers of what was an almost an absolute monarchy. However, in practice, John viewed the signing as a pragmatic attempt to buy some time to strengthen his position. Only a few months later, hostilities re-emerged between Loyalist forces and those of the Baronial faction. Prince Louis of France (the future King Louis VII of France) was invited by the Barons to seize the throne, and he landed with an army in November of that year to support the Barons in their struggle with John.

Eventually, Prince Louis and the Barons managed to seize over half the country, and looked very likely to win the struggle against John. However the rigours of the war were too much the King, and he contracted dysentery, which he died of shortly afterwards in October of 1216. John was succeeded by his 9 year old son, Henry III.

It is almost indisputable that the most important aspect of John's reign was the signing of the Magna Carta in 1215. Although it was not immediately successful, it did become an important document in subsequent reigns, and the future monarchs would be judged according to how well they adhered to its basic principles.
Of course, John did not sign the Magna Carta willingly, and his reputation is a bad one. He almost certainly had his nephew murdered, alienated the church, fought unsuccessful campaigns and almost taxed England to its knees. No wonder then, that his name came to be associated as that of the chief antagonist in the Robin Hood legend.
Numismatically, his English coins are only distinguishable from those of his father and brother by their style and die arrangement, as he, like his elder brother Richard, did not strike coins for England in his own name, but that of his Father, Henry II. His Irish coins (he was Lord of Ireland as well as King of England) however, were struck in his own name. As with most pre-Henry III short cross coins, John's coins are quite scarce compared to later medieval issues.