Mary was born to King Henry VIII and his first wife, Catherine of Aragon at Greenwich Palace near London in 1516. A devout catholic during a time of profound religious change in England, Mary attempted to resist the tide of protestantism that was washing over England prior and during her reign. 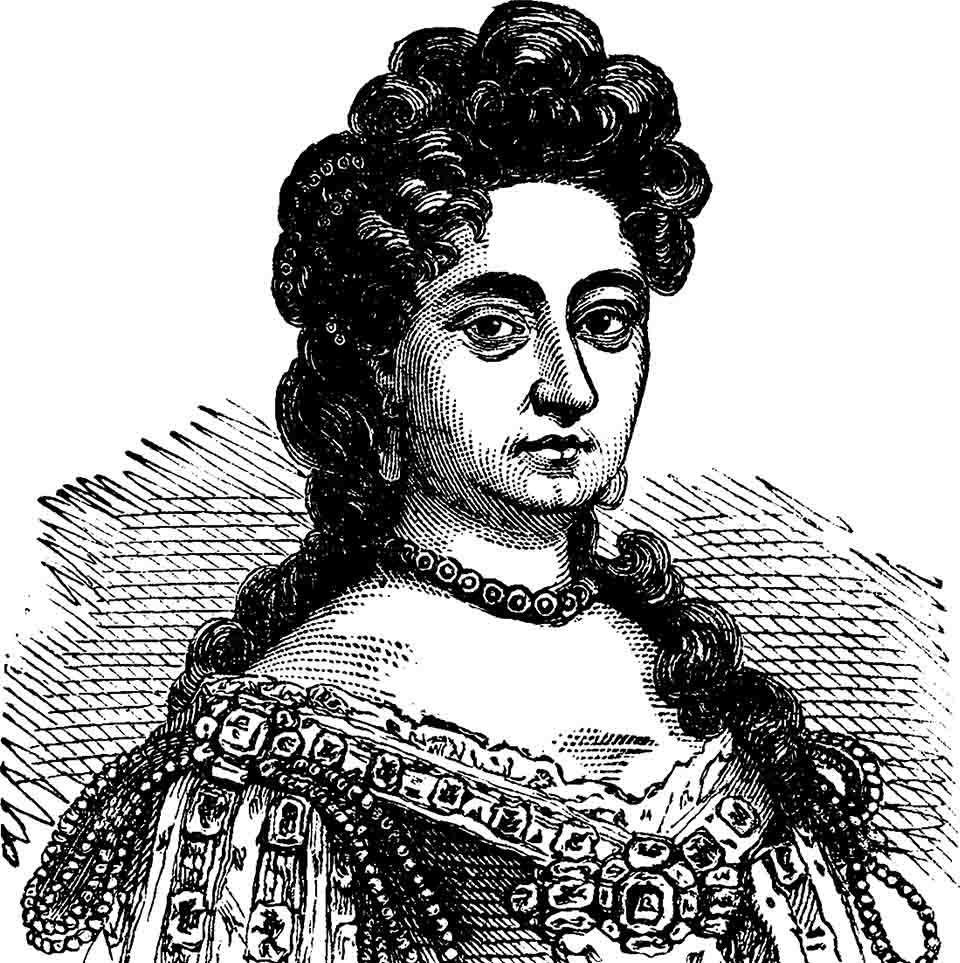 As a child, Mary was doted upon by her father, who liked to show off her prodigious musical talent to visitors. Mary was also a talented scholar in Greek, Latin, Mathematics and Science, which were unusual subjects for a female to learn at the time. However, by the time Mary was in her teens, her mother Catherine was beyond childbearing age, and Mary was the only surviving child of the marriage. Henry wanted a son, and took steps to try and annul the marriage between himself and Mary's mother.

Mary however, remained loyal to her mother, and fell out with her father over his attempts to neutralise their marriage. However, following Henry's split with Rome, Henry finally divorced Catherine and married Anne Boleyn, with whom he had a daughter, Elizabeth, Mary was delegitimised and reduced from the rank of princess to that of a mere Lady. Anne Boleyn haughtily kicked Mary out of her apartments at the palace and Mary was given the role of a lady-in-waiting to her infant half-sister. In 1536, Mary's mother died (that same year, Henry also had his new wife executed on trumped-up charges of treason, adultery, incest and witchcraft.

In spite of the enormous resentment Mary must have felt for the way her father had treated her, she attempted to reconcile with him as far as her catholic conscience would allow. Although she made a show of submitting to her father's religious reforms, she never truly accepted them. Henry nevertheless re-legitimised Mary and returned her to the line of succession, ahead of Elizabeth and immediately after her younger brother Prince Edward.

Henry VIII died in 1547, and was succeeded by the 9 year old Edward VI. Having been born after their father's break from Rome, Edward had been raised from the outset as a protestant, and was as devout in his protestantism as Mary was in her catholicism. This led to a great deal of tension between Mary and Edward, who once dressed her down in front of every guest at a banquet for her refusal to adhere to his protestant style of worship. Although the confrontation caused her to burst into tears, she refused to back down, and sought the protection of the other catholic monarchs of Europe to force Edward to allow her to worship as a catholic in private.

Edward strove to protestantise England, and remove any hint of the old catholic ways from the English church, but by 1553, he became aware that he was dying. Mary was next in line to the throne, but Edward had no desire to allow his catholic sister to take the throne and undo all of his religious reforms. Under the influence of Lord Dudley, Edward disinherited his half-sisters and made his cousin, Lady Jane Grey his heir presumptive in Mary's place.

Dudley had planned to take Mary into custody in order to ensure a smooth transfer of power, and Mary was summoned to visit her dying brother. Mary however, sensed the trap, and fled to her estates in East Anglia, where she had supporters. When Edward VI died, Lady Jane Grey was proclaimed Queen. However, Mary gathered her supporters and marched on London, occupied it and removed the unfortunate Jane from the throne and later had her executed.

Mary was determined that England should become a catholic country again. At this stage, many in England sympathised with this view, as the reformation had not yet won over the hearts and minds of the English people. Mary subsequently re-introduced heresy laws, and from 1555 until her death, over 200 protestants were burned at the stake for heresy. This number was dwarfed by the thousands of catholics and dissenters who had been executed by her brother and father however, who nevertheless avoided having similar epithets attatched to their names to that which was attatched to Mary by subsequent, protestant historians.

Less popular however, was her marriage to Phillip of Spain (later Phillip II of Spain). This marriage was especially unpopular amongst protestants, but the opposition also stemmed from simple hostility towards spaniards and the fear that, given the lack of precedent for a Queen Regnant, Phillip would effectively rule the country in his wife's name. As it happened, Phillip did not wield that much power over England, and spent most of his time on the continent waging war against France.

He did however, persuade Mary to lead England into the war on his side, and this resulted in the loss of Calais, the last English possession in mainland France in 1557. This loss bore heavily upon Mary, and she stated that when she died, they would find the word 'Calais' etched upon her heart.

Mary, like her father, was desperate for an heir to continue her work. Mary did not want her heir presumptive, Elizabeth (whom she had imprisoned in the Tower of London), succeeding her and undoing her counter-reformation policies. In 1557, she experienced symptoms that led many to believe she was pregnant, but it is now believed that these were the first symptoms of the cancer which was to kill her in November 1558.

Mary improved the standard of the coinage, which had been heavily debased under her father, although England's silver issues were not fully returned to the sterling standard until the reign of Elizabeth I. Mary's marriage to Phillip of Spain is reflected in a unique portrait design showing Mary and Phillip facing each other. The higher denomination silver issues (sixpence and above) are frequently dated. Coins of Mary and Phillip are quite scarce. Perhaps in part due to the brevity of her reign, and also perhaps, given subsquent events, were targetted for destruction and the melting pot, especially in the aftermath of the Spanish Armada, during which Phillip tried to conquer England. 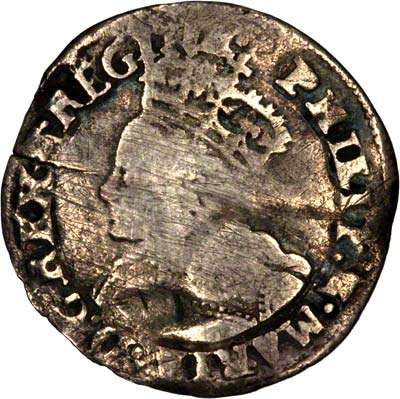 Obverse of Mary I Groat