What is a Trial Piece Coin? Find out about the 2015 twelve sided one pound trial coin is and how much it's worth.

There is a lot of excitement about the 2015 one pound trial coin. We take a look at what they are and why they are made. 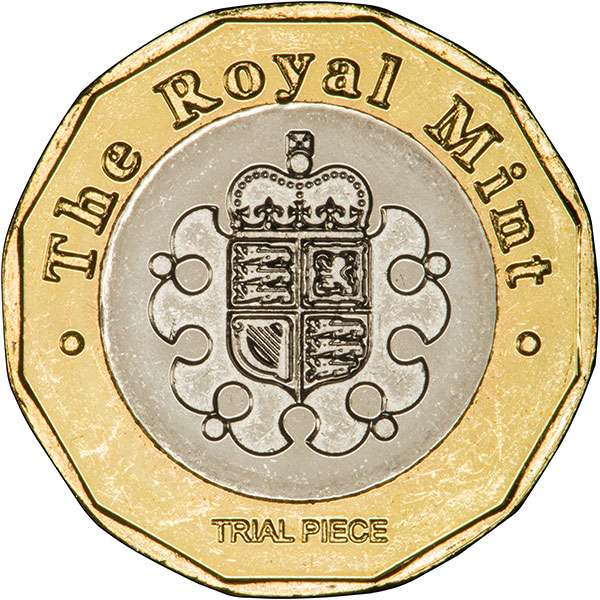 What Is A Trial Piece Coin?

A Trial Piece is a coin that has been issued as a specimen or sample for new or revised coinage. These coins may be released to show a new portrait, pattern design or shape. The trial piece can be made for a variety of reasons including:

Often, trial pieces are struck in lead or a similar soft metal so that minor alterations may be made before the dies are completed. There may be a number of stages to a trial piece as further changes may be made. This enables the mint to make alterations and get approval before commencing the production run of the new coin or coins.

A number of variations of the trial piece coin may be produced until it is ready for approval. Once the trial piece has been approved, they will be struck and distributed. 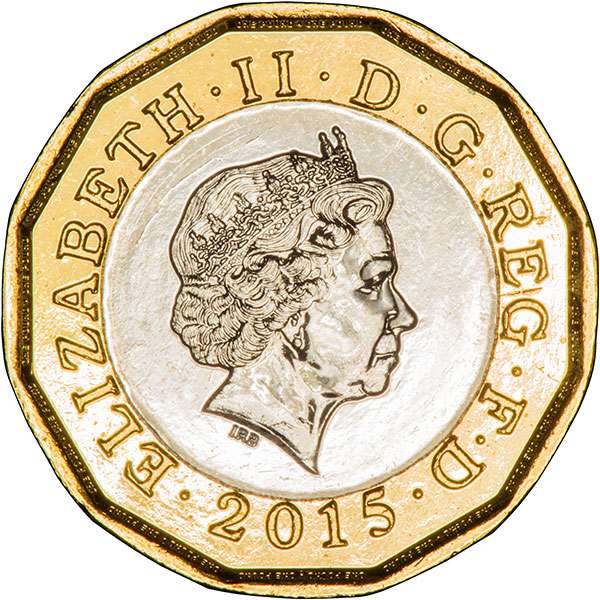 A trial piece was issued for the new twelve sided one pound coin. They were issued to manufacturers, banks and retailers who needed to recalibrate and adapt coin handling machinery for sizing or weighing equipment such as vending machines, parking meters, ticket machines, coin lockers and self service tills. They were also sent out to institutions such as banks, supermarkets and handlers of coinage who needed to educate their staff about the details of the new coin.

If you have a business that handles coins you can contact The Royal Mint in advance of a new coin being released and request a sample of the coin. We have seen sealed bags of £20 of the 12 sided one pound trial coin. Whilst in 'mint condition', they were of the quality that we have seen for the coins in circulation. The twelve sided one pound trial piece coins were distributed with the proviso that they would be returned to The Royal Mint by December 2017. 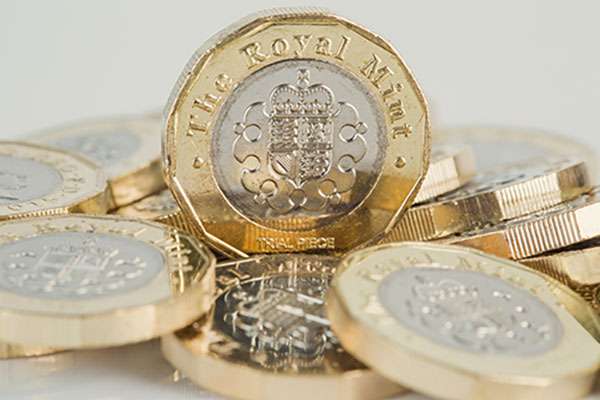 As with any coin, there are collectors who are keen to add something new or innovative to their collection. This is the first new £1 coin since 1983 and as with the 1997 bi-metallic £2 and the 1973 seven sided fifty pence, there has been a great deal of interest in the new shape and specifications. Some of the trial coins have found their way into private hands and into auctions and private sales.

We believe that recent sales of the 12 sided trial £1 coin have attracted the notice of The Royal Mint. The trial coins were not issued for sale. This design was never intended to be used but it is interesting to see how the coin is constructed and minted, particularly for numismatists and coin collectors. Sellers have been told to end the sale and return the coin, similarly if the sale has been concluded, the buyer has been contacted and asked to return the coin. The money that the buyer has paid will be refunded by The Royal Mint.

Every time new coinage is introduced, trial pieces are made for approval. 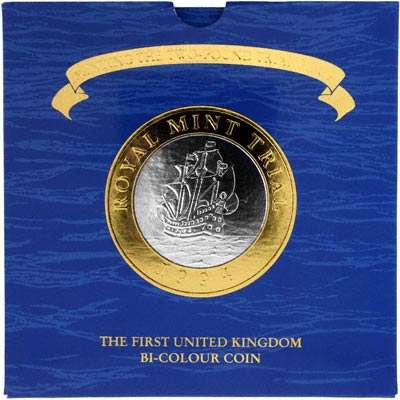 In 1998, a 1994 £2 Royal Mint Trial Pack was released which detailed the stages of production of the ‘new’ bi-metallic £2 coin that had been introduced in 1997. The set features the inner and outer blanks, the outer band and a complete ‘1994’ £2. This design was never used but it is interesting to see how the coin is constructed and minted.

What is the Difference Between a Trial Piece, a Pattern and a Specimen?

A Trial Piece Coin is any coin including patterns, made in a different metal from the normal production metal, and produced to test the dies or preview the design. Lead is often used as it is very soft, and trial pieces are normally struck before the dies are completed and hardened, so that minor changes can still be made before the dies are hardened.

A Pattern Coin is a coin, official or otherwise, produced as a suggestion or trial for a new or replacement design denomination, size or some other innovation.

A Specimen Coin is a sample that is a representative example of its type or class. A specimen may be issued in a variety of finishes; uncirculated, proof, matt proof. Specimen coins and coins sets were often made available to VIPs, mint officials and coin collectors.

As a coin dealer, we often have trial coins, specimen coins and pattern coins (individual and in sets) which were issued prior to a change of coinage. In the past, it was possible for serious coin collectors to buy the sets direct from The Royal Mint or from selected banks. These included the 1887 Victoria Jubilee Invariably, some sets issued to banks were set aside by managers who passed their coin collections to family members

So How Much Are They Worth?

We would question whether the trial piece coin belongs to the seller or to The Royal Mint. You do not want to find yourself out of pocket if the coin is confiscated. however, with over 200,000 distributed, it is highly unlikely that they will all be returned. In time to come, they could prove to be more interesting to collectors.

Also, it all depends what a buyer is prepared to pay. If there are several on the market, the coins will not be as sought after and will not achieve the amounts that rarer trial pieces may fetch. Older trial pieces will be more sought after to collectors that more recent editions but they will always be of interest to numismatists.

We contacted The Royal Mint regarding the legality of ownership. They replied:

"These samples have been issued under strict ‘terms and conditions’ and remain the property of The Royal Mint at all times. They are struck with a trial design and are not legal tender. Unfortunately, we are aware that some samples have been listed on auction sites, however, as per the terms and conditions agreed to by stakeholders at point of purchase, samples should be returned to The Royal Mint following testing and should not be passed or sold on to any third party. The Royal Mint is following the appropriate channels to have these listings removed and is taking advice from its legal team to recover the property as necessary."

We hope that The Royal Mint will take a more enlightened view and maybe make trial packs available for collectors. We would be happy to buy all the returned samples. This would ensure that they could be available to collectors at a reasonable price, and also ensure that the people trusted to return them are not rewarded for their dishonesty in "mislaying" them to sell at inflated prices.