Recently, news has swept the UK concerning a man in the Devon and Cornwall region being arrested for trying to pay for fuel using “legal tender” coins.

I was fortunate enough to speak to Brett Chamberlain a few months ago and got to learn his story, his motivations and his brilliant or simply disruptive exploits?

In this article I’ll look at his story and offer an opinion as to whether or not “face value” and “legal tender” has a place in the commemorative and bullion market. When I first joined the team here at Chards I felt completely perplexed by the new and exciting world in which I was entering; investment metals, commemorative coins, and this bizarre new word I was unfamiliar with “numismatics”. I immediately thought “oh God, how do I learn and learn fast?!” So, I did what most 30 somethings in this day and age would do, I took to the internet and more specifically YouTube!

Whilst I was endlessly scouring YouTube, looking for anything and everything to further my knowledge in the industry, I stumbled across something that piqued my interest and I couldn’t help but click the channel simply named “Julian Chamberlain” and a video entitled “Police Legal Tender £100 silver coin at Tesco on diesel. Part 1”.

Immediately I was mesmerised by what this man was doing. He was taking a Royal Mint 2015 UK £100 Brilliant Uncirculated Big Ben coin and trying to pay for £100 of fuel at a Tesco filling station with it.

As soon as I’d finished Part 1, I had to move on to Part 2 and so on until I got to Part 6 and finished the series, Immediately I went to chat with Lawrence my new boss and asked him if he knew about this. When I did he simply beamed and said “yeah, it’s interesting isn’t it!”. Afterwards, we had a much deeper conversation about the history of face values on coins and the meaning of legal tender which I won’t bore you with.

However at this point I thought, I absolutely must reach out to this Julian Chamberlain and have a chat with him, so that’s exactly what I did!

Julian Chamberlain (real name Brett Chamberlain) was more than happy to talk to me. He’d actually previously spoken to Lawrence about a similar incident with Tesco and respected his position within the industry. Brett is and was what I’d refer to as a hobbyist and had never actually bought from us at Chards before but knew who we were and liked Lawrence’s blogs and articles.

Brett was more than happy to tell me all about himself. Originally from Surrey, moved to Tiverton, carpentry being his trade. He’s very proud of the area which he lives in and was keen to tell me all about his respect for the local farming trade. Incidentally, part of the reason why he chose Tesco for his experiment as it were, was because he saw the chain as one of the biggest threats to local farming.

He went on to tell me his story in full, how long he’d been doing it and the ongoing complaint he had with Devon and Cornwall police.

Brett’s experiment which I will point out right from the beginning was done out of one mans curiosity and was with no ill intent or will to cause delays or issues to workers or other customers of the filling station.

With his mind set on using these £100 Brilliant Uncirculated coins to pay for goods Brett quickly realised that if he were to simply go into a shop, pick up his goods and attempt to pay at the checkout with a £100 legal tender coin a shopkeeper may, and would be completely within their rights, to refuse it as a method of payment. If there was then no other offer of payment, he’d be asked to leave the goods and go about his day.

But what happens if you apply this logic at a filling station? From the moment you inject the fuel into your tank, legally speaking that becomes your property and you’re now in debt, albeit for a short time to the filling station for the goods you’ve already received. The Bank of England's website says:

“Legal tender has a narrow technical meaning which has no use in everyday life. It means that if you offer to fully pay off a debt to someone in legal tender, they can’t sue you for failing to repay.”

Brett was about to put himself in the position of creating a debt and offering, according to the Queens proclamation, a legal tender coin, although not one usually seen in general circulation.

I’ll let you watch the YouTube series to make your own mind up on the entire series of events but simply put, Brett positioned himself where he was offering to pay via legal tender and the supermarket chain were refusing to accept the payment, demanding he fill in and sign a form saying he was either “refusing” or “had no means” to pay for his debt, which simply wasn’t the case.

Of course, one of the most common parts of human instinct is to refuse what we don’t recognise or understand, which is the exact reaction of the staff at Exeter Vale Tesco filling station. This all lead to the police being contacted and Brett being arrested (wrongfully) on suspicion of “making off without payment”.

Brett was released with no further action, however around 6 months later Brett took civil action and received £5,000 in compensation.

Personally, I think it’s people like Brett who look at things with a different perspective are inspiring in society. Whilst I did say to him in our 3 hour long telephone conversation, I absolutely admire what he’s done and that it took guts, it was definitely not something I’d have ever done myself!

I also suggested to him another experiment which I think perhaps takes even more guts, which is to try more or less the same experiment but use either 100 gold sovereigns which each have the legal tender value of £1, but intrinsically as of today would be worth a total of around £30,811!

I can imagine that if Tesco were offered either of these options there’d have been no need for the police and a very quick “Yes we’ll take those” would have come….?

I can’t imagine we’ll ever find the answer to that experiment however, bit too much of a risk, even for Brett I would say, who fearlessly put himself in the firing line of being arrested and shamed by the general public on social media.

What is Legal Tender?

During a Simon Mayo show on BBC Radio 2, a listener asked “Is there a limit on using pound sterling when paying for an item?” Published - June 2016. 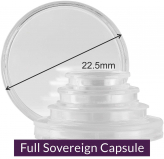 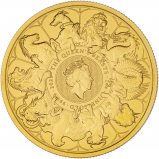 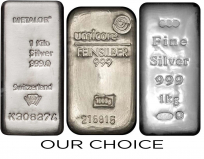